In 2020, one of China's underwear revitalization series is the main underwear battlefield in the second half of the year

In 2020, the Covid-19 plague broke out in Jingchu, disrupting the development plan of the entire underwear market in 2020.According to Academician Zhong Nanshan's recent suggestion, the epidemic can be completely ended in June.This for the underwear market, is a heavy blow, according to the conventional Spring Festival is the peak season of underwear sales, but also the first array of New Year market strategy, for the layout of the whole year is of special significance.The epidemic is still very big impact on underwear, consumer shopping habits will also have a fundamental change, large shopping malls, supermarkets, underwear stores simply to offline sales as the model of physical stores, in recent months, there will be no flow of people.And under cost pressure, many stores will be eliminated this year.However, there will also be many lingerie shops stand out and become the dark horse of the market.The market is always in danger and opportunity, underwear as a necessity of life, consumer demand exists, but the shopping habits have changed, the original is the entity shopping, under the influence of the epidemic, to the online.Therefore, at the early stage of the epidemic, there were many forward-thinking shopkeepers who changed the main battlefield. They completed sales by means of short videos and live broadcast, and by means of free shipping. Online live broadcast and offline distribution and scene display enabled some physical stores to take off.

The hardest hit in this outbreak are the manufacturers, who are under more pressure than ever.Traditional bricks-and-mortar stores are closed for months, leaving agents unable to pick up orders they had ordered over the past year.In the face of the pressure of the market, everyone is protecting themselves, terminal stores or agents, are clearing their own inventory, activating funds.Manufacturers, therefore, on the one hand is the money problem, on the other hand, is the problem of production workers, epidemics passengers return delay or reduce the Spring Festival, the factory is short of people, goods production not to come out, also dare not production, the existence of operating cost is still the same, plus planned years later to the investment promotion and exhibition plan upset, underwear enterprises to bring the pressure is unprecedented.

Faced with the situation that the market has presented, it is useless to complain and feel depressed again. The key is to see the pressure bearing capacity and response ability of enterprises and individuals.There is always opportunity in the market.As mentioned above, even if there is no epidemic, we are facing a volatile market, or to rely on the old way to make money is not feasible.Prophet foresight, timely response, to adapt to the market, the focus in 2020 in the second half of the year, as long as the correct direction of the wind, or is likely to turn the first half of the adverse for the second half of the favorable, so that enterprises survive smoothly.

Live video and become the new sales tools, 5 g era, the change pattern, from the hardware, shopping fast and convenient way to faster, everything connected, sales port will from the entity shop, electricity, wechat business to diversified development, mobile phone, any objects may be sales ports, sales will become more accurate, and portraits of customers will show clearly, that was sitting on the store such as customers, become a platform for traffic in the future, form the brand and the service IP, customers, and according to customer needs, accurate to provide goods and services.Sales tool to broadcast and video are given priority to, the national broadcast era, content live, who can seize this wave of dividend, who will become the new force for the market, can see it from the beginning of the year, some clairvoyance broadcast live companies, agents, terminal manufacturers take the goods, and obtained some success, but in the future, this is a kind of inevitable, is also a measure of success.

After the Double 11, Zhejiang Jiangsu and Henan textile mark 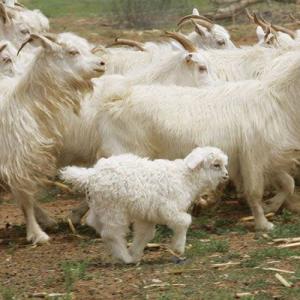 What kind of Cashmere is it?

"Technology, fashion and green" has become a new label for C